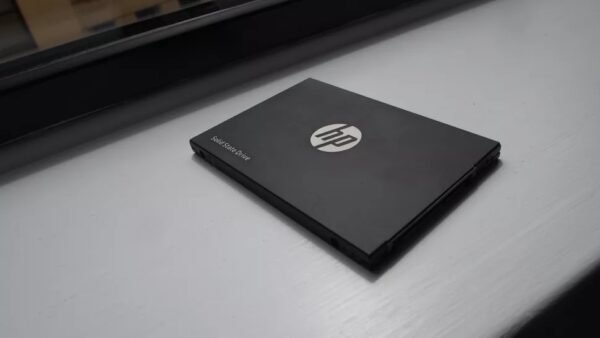 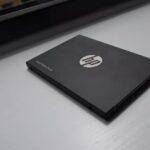 If you want a dependable hard drive with plenty of features for making sure it won’t fail and lose your important files and documents, while offering fast – and consistent – speeds no matter what tasks you ask of it, then the HP S700 Pro is an excellent choice.

We were very impressed with both its build quality and its speeds, and the price is pretty good for what you get as well.

It’s not quite the fastest SSD we’ve tried – and certainly doesn’t compare to the much more expensive M.2 drives coming out – but if you’re in the market for a dependable SSD for your business needs, we’d heartily recommend this drive.

The HP S700 Pro uses new 3D NAND technology, which Micron promises will prolong the life of the SSD thanks to an advanced wear balancing algorithm that the company uses in conjunction with the NAND chips.

While no one wants to lose data thanks to a dying hard drive, when it comes to professional and business use cases (which the HP S700 Pro SSD is aimed at), data loss can be truly catastrophic, which is why HP is so keen to talk about the various technology – and rigorous testing methodologies – that it uses to ensure the HP S700 Pro SSD is as robust and secure as possible.

This includes full tests at HP laboratories, and the use of Higher Order LDPC Error Correction for high speed parallel decoding and real time error correction. It also has a very low power draw when the device it is installed in is in sleep mode – this is especially helpful if you install the HP S700 Pro SSD in a laptop – as the lower power draw will help keep the laptop’s battery charged for longer.

The metal body of the drive also acts as a heat sink, keeping it cool when in use. The MTBF (Mean Time Between Failures) is an impressive 2,000,000 hours – so you can be pretty confident that the HPS700 Pro will be a reliable device to store your files on.

While the common SATA 3 port is showing its age these days, HP promises up to 565MBps sequential read and 520MBps sequential writes. Nowhere near the speeds of M.2 SSDs, but if it can hit those targets it will still offer a substantial speed increase over standard hard drives with moving parts.

So does the HP S700 Pro SSD reach the speeds that HP promised? The good news is that it did – and then some. In our CrystalDiskMark benchmark tests – which tests the speed of the drive – we recorded sequential read speeds of 562.3MB/s, roughly what HP promised.

The sequential write speeds proved to be around the same as what HP promised, hitting 509.9MB/s.

The ATTO disk benchmark backed up these results with 562.8MB/s read and 517.3MB/s writes. There usually is a speed difference, with sequential read speeds being faster (as it’s easier to just read data, rather than write it to disk), but with the HP S700 Pro SSD the speeds are pretty close – which means this is a consistent performer regardless of what tasks you’re using it for.

The SanDisk Extreme Pro achieved 547MB/s read and 509MB/s write speeds, making it a slightly slower drive than the HP S700 Pro, with the Samsung 850 Pro managing 550MB/s and 525MB/s read and writes.

So, the HP S700 Pro holds up very well against its peers.

We also performed some real-world tests, which saw the HP S700 Pro transfer a 1GB file in just 24.07 seconds – so moving large files shouldn’t be an issue with this hard drive. Overall, we were very impressed with the performance of the HP S700 Pro, which offers fast read and write speeds that often exceed its competitor

Hewlett Packard’s S700 series drives come in basic black with the HP logo prominently displayed in white on the top of the drive. This solid-state drive using 3D TLC NAND fits in the 2.5-inch form factor that we see most traditional drives of this type. The 2.5-inch form factor drives are available in both 9mm and the 7mm depth used on this drive. As a 7mm thick drive fitting it into a desktop setup is not a challenge, but when used with older laptops that use the 9mm form factor,a spacer or adapter will be required. The back side of the drive lists the capacity again at 500GB, although this drive is available in capacities of 120GB and 250GB.

From a specifications standpoint, the HP S700 500GB drive features sequential read speeds of up to 560MB/s and sequential write speeds of up to 515MB/s. The enclosure is a thin, metal two-piece design that functions as both the mounting mechanism and as a means of wicking away the heat generated during operation. As a SATA 6Gb/s drive, the connectivity includes the SATA 6Gb/s data and SATA power connection. Mounting points are what you find on any 2.5-inch drive on the market, with both side and bottom mounting points. Of course, you have the warranty sticker so the manufacturer knows if you opened it up before you send it back for an RMA, if needed.

Registration is free and easy!